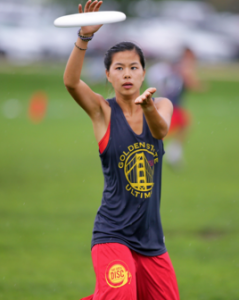 This year the central theme of the third Bay Area Disc Youth Ultimate Coaching Conference was “Gender Equity and Girls’ Ultimate.” Why dedicate this year’s conference to that topic? Isn’t Ultimate already ahead of the game in gender equity compared to other sports? After all, with its coed tradition, Ultimate is a leader in terms of gender equity, as was underlined by the IOC when it granted full recognition to the World Flying Disc Federation (WFDF) in 2015.

Too often we take things for granted or assume that we have overcome most problems just because we are living in present and ‘modern’ times. History and recent data tell us unequivocally that we have not reached equality and that’s why we still need to focus on equity. Just look at the gender disparity that still exists in high school and college sports. In the US, nearly 28 percent of high schools examined (16,000) in 2015 have large gender equity gaps. In college, median head coach salaries at NCAA Division I-FBS schools are three times higher for men’s teams than for women’s teams. Athletic scholarships for male athletes became common a century before women’s scholarships did — it was only 43 years ago when Karen Moe became the first woman to receive an athletic scholarship to UCLA. 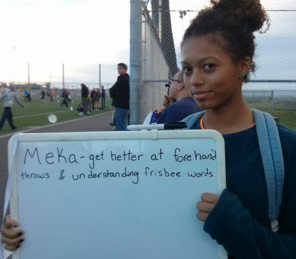 As professional athletes, women are constantly fighting upstream, and gender equity is often deeply connected with diversity and cultural issues. Our society is still plagued with cultural stereotypes and lack of equal opportunities, even when not struggling with women’s rights. Let’s not forget that even in a leading country like the US, your great grandmother may not have been allowed to vote, and if she was African American, that problem could have persisted until the 1960s. The path to equality for any historically marginalized group is a very long one.

Times have changed and a lot of progress has been made, yet we can’t be complacent. As an organization strongly influencing the growth trajectory of Ultimate, we will not mistake progress with success. We must be proactive in keeping the conversation open. We must ask ourselves and, more importantly, we must ask our girls, athletes, coaches, team managers and leaders: what we can do to push Ultimate even further? What needs to be done to make it a truly equal sport, to break down cultural and social barriers more effectively, to create a safer place to build positive relationships between girls and boys, these young athletes that are the future of our society? 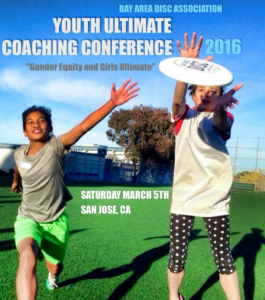 This is a fundamental issue that reaches far beyond sport. According to the United Nations Foundation, the “well-being of adolescent girls is the key to eliminating poverty, achieving social justice, stabilizing the population, and preventing foreseeable humanitarian crises.”

We need to recognize this as a community issue. If we create the conditions for keeping the conversation alive, strengthen our coed tradition, address issues of gender-equity head on and get more members and professionals in our community involved in the process, Ultimate can be an example to follow.