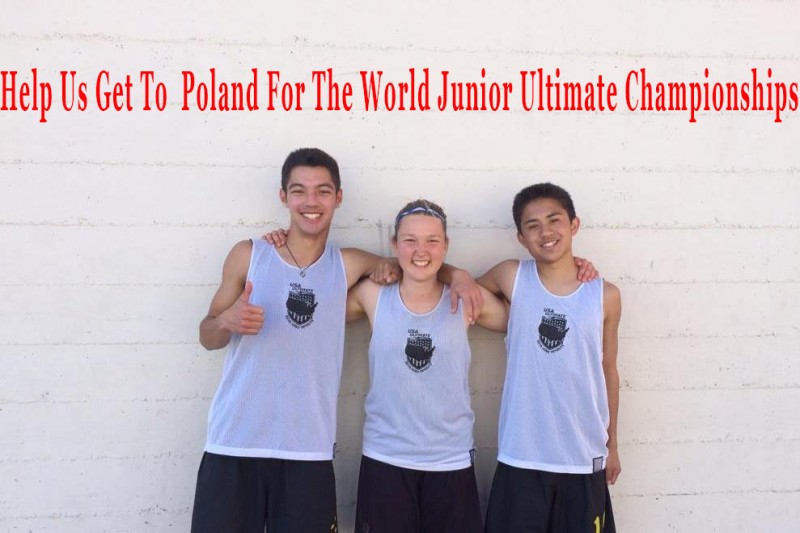 The Bay Area Disc Association is very excited to have four of our junior players representing the United States national teams this summer at the World Junior Ultimate Championships in Wroclaw, Poland: Colby Chuck, Chloe Carothers-Liske, Jeremy Dolezal-Ng and Jenna Krugler. Representing one’s country at a World Championship is one of the highest honors in sport. However, it is a costly endeavor, and players need all the help they can get to not only make it to Poland but to ensure that they have the resources at the event they need to be perform their best.

Help “Send the Trio to Poland!” (Colby, Chloe and Jeremy) by donating to their GoFundMe campaign today!

All of these players are proud alumni of Bay Area Disc’s youth leagues, summer camps, and YCC programs. Below we’ll hear about their experiences with Bay Area Disc over the past 5 years that have helped make them the players they are today, in their own words:

“I would not be the ultimate player that I am today without the programs and guidance of Bay Area Disc Association.”

Earlier in February when I found out that I had made the U-20 US Men’s National Ultimate Team, I reflected back on the many great experiences that I’ve had playing ultimate. Throughout my time playing the sport, the Bay Area Disc Association has been essential in creating opportunities to compete against other teams and make new friends along the way.

I was first exposed to Bay Area Disc in my freshman year of high school. My high school team, Berkeley High Coup, participated in Bay Area Disc’s Youth Spring League season, in which we played against high school teams from all over the Bay Area. While playing in this league, I became friends with opponents from various schools while simultaneously being able to push my limits as an ultimate player in competitive, spirited games. That summer, I attended Bay Area Disc summer camp, where I was awarded the MVP/Most Spirited player honors. 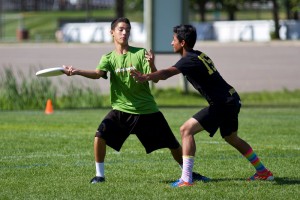 Jeremy Dolezal-Ng playing on the YCC U-16 Boys team, Aftershock, in the summer of 2013

Around that time, I learned of the under-16 years old Bay Area youth club team, Aftershock. With Aftershock, I played at the National Youth Club Championships (YCC) in Minnesota with many of the friends I had made at Spring League. Since that summer, I’ve participated in countless Bay Area Disc youth leagues, club teams, and summer camps. In 2015, I was a member of the U-19 Mixed Bay Area team that won the silver medal at YCC and provided me with one of the best experiences of my life. Overall, I would not be the ultimate player that I am today without the programs and guidance of Bay Area Disc Association.

“Without these Bay Area Disc programs, I would never have been inspired to drive myself to pursue ultimate as deeply as I have. I owe my success and my spot on the U-20 team in part to Bay Area Disc.”

Bay Area Disc has created a space in which I can grow as a player and really appreciate how wonderful this sport is. I first began to fall in love with Ultimate when I participated in the Bay Area Disc summer camps as a middle schooler. These camps gave me the opportunity to have fun and develop my skills as well as be exposed to adult members of my Ultimate community whom I could 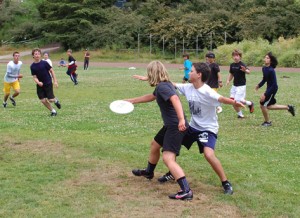 look up to as role models and gain inspiration from. I remember being filled with awe at the talent of my camp counselors and wishing that I could be as good as they were. This admiration motivated me to work hard and become a better Ultimate player.

The Bay Area Disc Youth Club Championship (YCC) program has also been formative in helping me achieve my level of success in ultimate. I started playing YCC on the U-16 Open team (Aftershock) in 2011 as the only girl on the team, after which I transitioned to the U-19 Mixed team (Happy Cows) at the beginning of high school. On the Happy Cows, was struck by the compassion which characterizes the Ultimate community. Despite being one of the younger players, I immediately felt welcomed and supported by my teammates and coaches. I have never experienced the same level of camaraderie and team unity in any other sport. The support I received from my community gave me the confidence to push myself and take risks in order to become the best player possible. The opportunity which Bay Area Disc afforded me to be on Happy Cows convinced me that Ultimate is the sport I belong in. 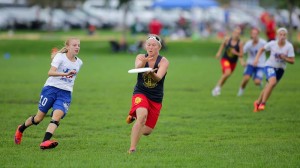 Carothers-Liske battling in the 2015 YCC finals.

Without these Bay Area Disc programs, I would never have been inspired to drive myself to pursue ultimate as deeply as I have. I owe my success and my spot on the U-20 team in part to Bay Area Disc. I’m asking for your support so that I can help bring back the gold from Poland and inspire other young players in my community the way I was inspired. Thank you so much for being an outstanding community.

“Being exposed to high-level, national caliber play at this tournament was an opportunity I would not have been able to experience if were not for BADA”

I was first introduced to Ultimate in the sixth grade (2009) when my brother started playing his freshman year at Berkeley High School. With Ultimate being the first competitive sport I played, I quickly became invested into how the game was played and worked to improve my skills and knowledge in every aspect of the game. 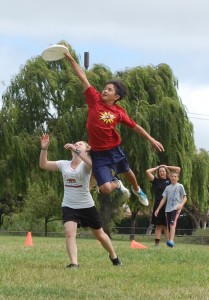 In the summer of 2009, my parents signed me up for the Bay Area Disc Association Ultimate Summer Camp which helped to develop and hone my skills throughout my middle school career. My middle school did not have an organized team so I was given the opportunity to play with Berkeley High.

I participated in my first Youth Club Championships (YCC) with Bay Area Disc in 2011-12, where I played on the U16 team. Most recently, in 2015, I was part of Bay Area Disc’s Happy Cows squad that took 2nd place in the Mixed division in a tough 13-12 loss to DC SwingVote. Being exposed to high-level, national caliber play at this tournament was an opportunity I would not have been able to experience if were not for BADA. In addition to being selected to represent the United States as a member of the U20 National Team at the World Junior Ultimate Championships (WJUC) in Wroclaw, Poland this August, I was recently given the opportunity to play for the 2016 San Francisco Dogfish of the MLU. (Major League Ultimate). 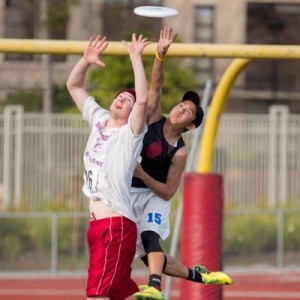 I know that Bay Area Disc had a lot to do with keeping my two sons focused and moving in the right direction. As a parent, I am proud of the individuals my children have become. The Bay Area Disc Association has provided a venue for them to grow as players and coaches and has provided an opportunity for them to share their love and passion for the game. I am sure that in their future they will be fine representatives of the mission and values of the Bay Area Disc Association.