It’s a great feeling to be writing this message as the first Executive Director of Bay Area Disc Association. I am honored to represent such a fantastic community of players, coaches, organizers and supporters. I am impressed at the solid foundation that has been built at the core of the organization by our resourceful Staff, dedicated Board and generous Volunteers. Most importantly, I see tremendous possibilities for growth in every corner of the organization.

I’d like to discuss some of the most common questions that I’ve been asked in my first few weeks on the job.

The answer is simple at first glance: We organize and operate many Ultimate leagues, tournaments and clinics in the Bay Area. We serve players across the Bay Area, of all ages and experience levels, from elementary school kids to adults; from beginners to elite club players. But Bay Area Disc is much more than a calendar of (awesome) programs and events — it is a powerful community.

I like to think of the Bay Area Disc community from the perspective of a life cycle. Imagine you’re an 8-year-old kid who’s just seen an Ultimate play on ESPN’s Top 10. You join our youth clinics and camps to learn the game and improve your skills. As a high schooler, you play on your school team in a Bay Area Disc league, join the Bay Area Disc youth club teams, and maybe even travel to the National Youth Club Championships. Many of today’s club superstars like Simon Higgins, Lisa Pitcaithley and Eli Kerns took this developmental track through Bay Area Disc’s youth programs. As an adult, you play in popular Bay Area Disc tournaments like Revolution, Fog Burn and Huck Cancer and join seasonal leagues like the East Bay Winter League, Eric Arons SF Rec League or the Marin Summer League. A decade or two later, as a seasoned veteran with double ankle braces, you volunteer to coach a youth team, and at that point you have lived the whole life cycle of the Bay Area Disc community.

Question 2: “What is the future of Bay Area Disc?”

Ultimate for All Preseason Mini Camp

We’ve got some really exciting initiatives on the way! For adults, Ultimate for All (UFA) is a program that introduces recreational players into the club scene with an inclusive and open tryout process. There were 4 UFA teams in 2015, and in 2016 the program will expand to offer a complete season package including prepaid and pre-organized bids to local tournaments, field space, social events and coaching. Next year, I would love to see at least one “regional” UFA team added in each major region: South Bay, East Bay, San Francisco and Marin. With this structure, UFA teams can practice locally to save time and money, play each other in club friendlies, and form their own unique social community within the club scene.

We are also starting a Silicon Valley Corporate League in Spring or Summer 2016, so let us know if you work for a company in Silicon Valley that might want to field a team of employees to play against other tech companies’ employee teams. 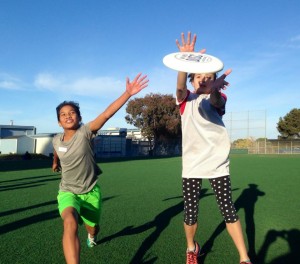 Gender equity in youth programs is also a top priority for us — we need to increase the number of girls playing Ultimate. Between now and April 2016, we will be partnering with local women’s club teams to host 2-3 clinics focused on developing the skills of current girls players, and we will host a “Learn to Play” clinic to introduce first-time players to the game. In March 2016, the theme of our annual Youth Ultimate Coaching Conference (YUCC) will be “Developing Girls’ Ultimate,” and we will convene inspirational role models from around the country like Qxhna Titcomb (All-Star Ultimate Tour founder and World Champion) to present at the conference.

For new youth players, Bay Area Disc will increase the number of “Learn to Play” clinics, especially in low-income areas. In 2016, we are going to recruit more coaches to organize clinics for underserved youth, and we already have in-kind and financial sponsorships lined up to support the first round of these clinics.

Bay Area Disc’s program growth will get a big boost from partners and sponsors who value our community as an audience. In my first few weeks on the job, I have already discussed collaboration plans with USA Ultimate, professional Ultimate teams, gear companies, national youth coaching organizations, consumer product sponsors, foundation reps and more. The Bay Area Disc community can benefit from high-level partnerships, so please let me know if you have any potential leads on sponsors or partners.

Question 3: “How will all of this be funded?”

To grow our programs and to carry out the exciting plans I’ve outlined, we need to fundraise. Sustainable change doesn’t happen overnight — we are going to develop our programs incrementally over several years. Raising more funds means adding new programs, targeting new communities and populations, and growing the sport and community throughout the Bay Area and beyond.

To maximize the impact of Bay Area Disc’s new programs, we are seeking additional volunteers to help our awesome team raise funds and support our programs. If you’re interested in helping, please go to the Volunteer page and fill out the sign-up form. Our most urgent need is volunteers for an Event Planning Committee, which will organize a year-end fundraising event. We are also looking for generous volunteers to host House Party Fundraisers, so if you know anyone who’d be willing to host, please put me in touch!

The Bay Area Disc community has seen over 5,000 players participate in our programs in the last few years. With this incredible scale, we have a unique opportunity to unite diverse groups into a cohesive Bay Area Disc community. So my message to you is: We all love the same sport, so let’s enjoy and celebrate that strong commonality together. Regardless of your role, background or skill level, any player should feel welcome to play in leagues, tournaments, club and pickup. Personally, I’ll be stopping by to play in local pickup games and I look forward to playing in East Bay Winter League for the first time. Get in touch and invite me to your game; I’ll make it a point to come play.

On the field, on the sidelines and after the game, I want you to enjoy the Ultimate community that is Bay Area Disc. Feel free to drop me a line at mike.mcguirk@bayareadisc.org if you’d like to share your ideas. 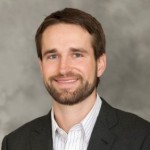 Thank you for playing and supporting,