This season, captains chose their team names from their favorite kinds of candy: Butterfinger, Red Hots, Smarties, Baby Ruth and Red Vines. With five teams and two fields, each team had a bye week during the season. In general, the ladies’ style of play focused on strong cuts to the disc with consistent dump options, leading to quick disc movement and few ill advised hucks. Gilman Fields hosted the league games, and being right on the bay, windy conditions lead often to spirited zone play on defense.

After the regular season concluded, teams competed in one night of playoff games. The top seed earned a first game bye and played the winner of the #2 vs. #3 seed game for the championship. The Red Hots, led by first time captain Wendy Becktold, completed a perfect season, capturing the championship and finishing with a 5-0 record.

Because of the league’s tremendous success, plans are in the works to create new playing opportunities for the women’s division in 2014 — including a Women’s Spring League, women’s pick-up games, new player development clinics and a women’s hat tournament. 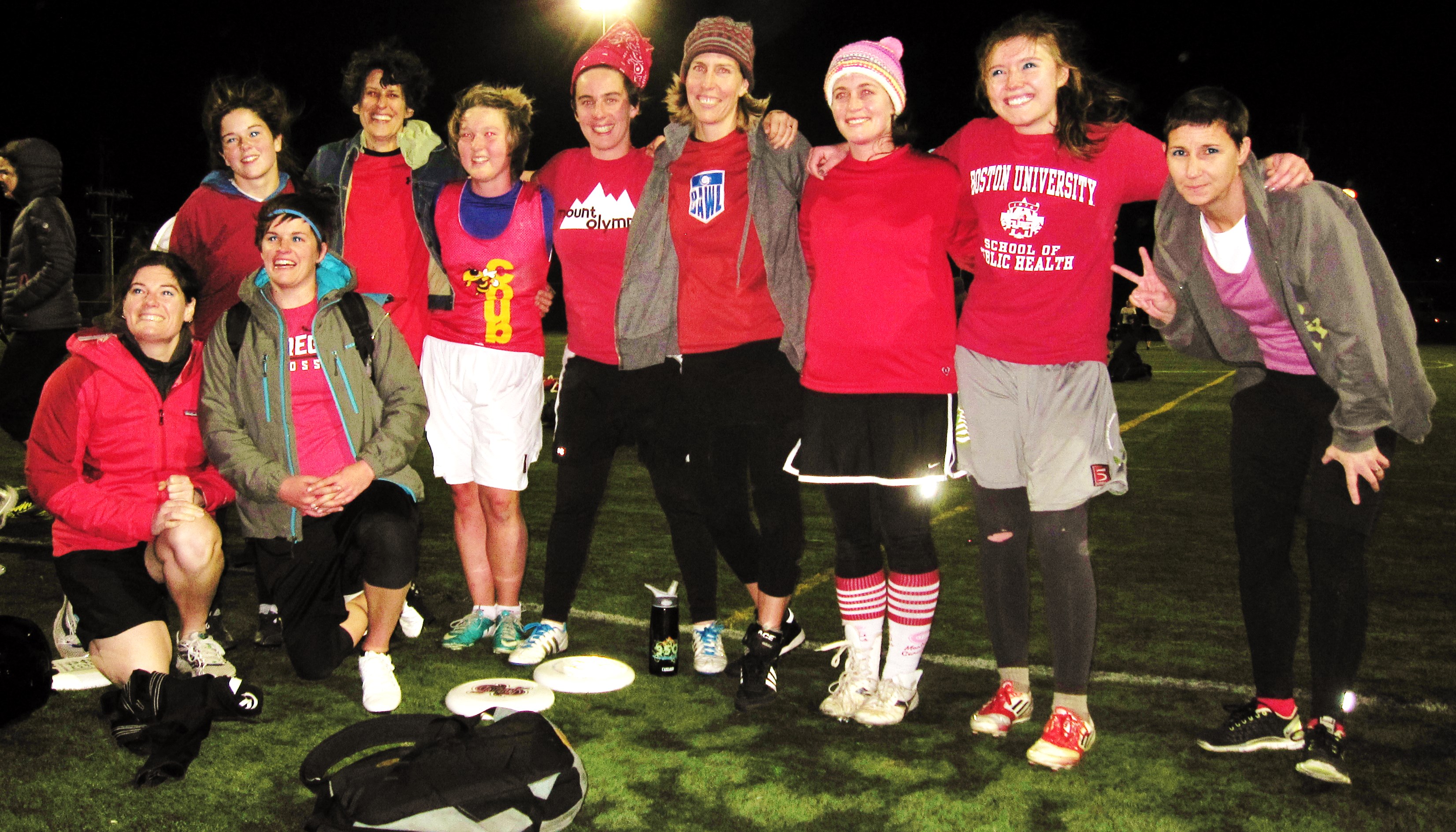