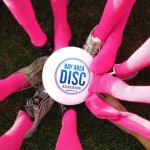 The 2013 summer recreation leagues are entering their final weeks. Here is a look at what’s happening around the leagues.

The Tuesday night San Francisco Rec. League finished its regular season last Tuesday, July 30. League playoffs begin next Tuesday, August 6. Bloody Mary finished the regular season with an impressive 5-1 record, but with three teams tied at 4-2, the championship is completely up for grabs!

The Thursday night San Francisco Rec. League concluded its regular season last night and begins its three week playoffs starting next Thursday, August 8. Pullates locked up a first place seed; however, second seed Schadenfreudexxxx finished the season strong with a three game winning streak and will look to carry its momentum into the playoffs.

Check out the full standings

The Marin Summer League enters its final week of play next Tuesday, August 6. Deceptocons will play The Joes in the finals, while the rest of the league will scrimmage and heckle. After the finals, the league will celebrate a great season with the annual MUSL pool party!

It’s been a surprising playoff for the Marin Summer League. Top seeds Cobras and Autobots lost in the semifinals, with number one seed Autobots getting upset by Deceptocons. Deceptocons, playing practically savage, managed to win 15-10 — it’s first since week one. Meanwhile, The Joes capitalized on the speed of its ladies to secure the semifinal win over Cobras.

It’s been a terrific summer for the Marin Summer League. The league enjoyed tremendous attendance and saw a record number of women participate, pushing the league’s level of play and fun to new heights!