Both teams have a history of YCC success. Happy Cows — the under-19 mixed team — won the gold medal in 2010 and 2011, and Aftershock — The under-16 team — reached the 2012 semifinals and finished in a first place tie for Spirit of the Game.

Pool play for this year’s tournament will take place on Saturday, August 10 with elimination rounds and placement games on Sunday, August 12th. The finals are scheduled to start at 2:30pm on Sunday. Check the YCC score reporter and follow @BayAreaDisc on Twitter for live tournament updates!

Teams and Coaches
Under the supervision of Director of Coaching Matt Tsang, Bay Area Disc Association recruited top talented players and experienced coaches from the Bay Area. Selected during the June Summer League, the Bay Area YCC teams practiced and competed in local adult tournaments Bay Area Bash and Revolution during the summer.

Aftershock
A handful of Berkeley high school and middle school players form Aftershock’s core, joined by players from Alameda, Marin, Hayward and Santa Cruz. Aftershock focused this summer on training hard to play best in tight games. The team is looking to finish strong and represent the Bay Area with integrity. 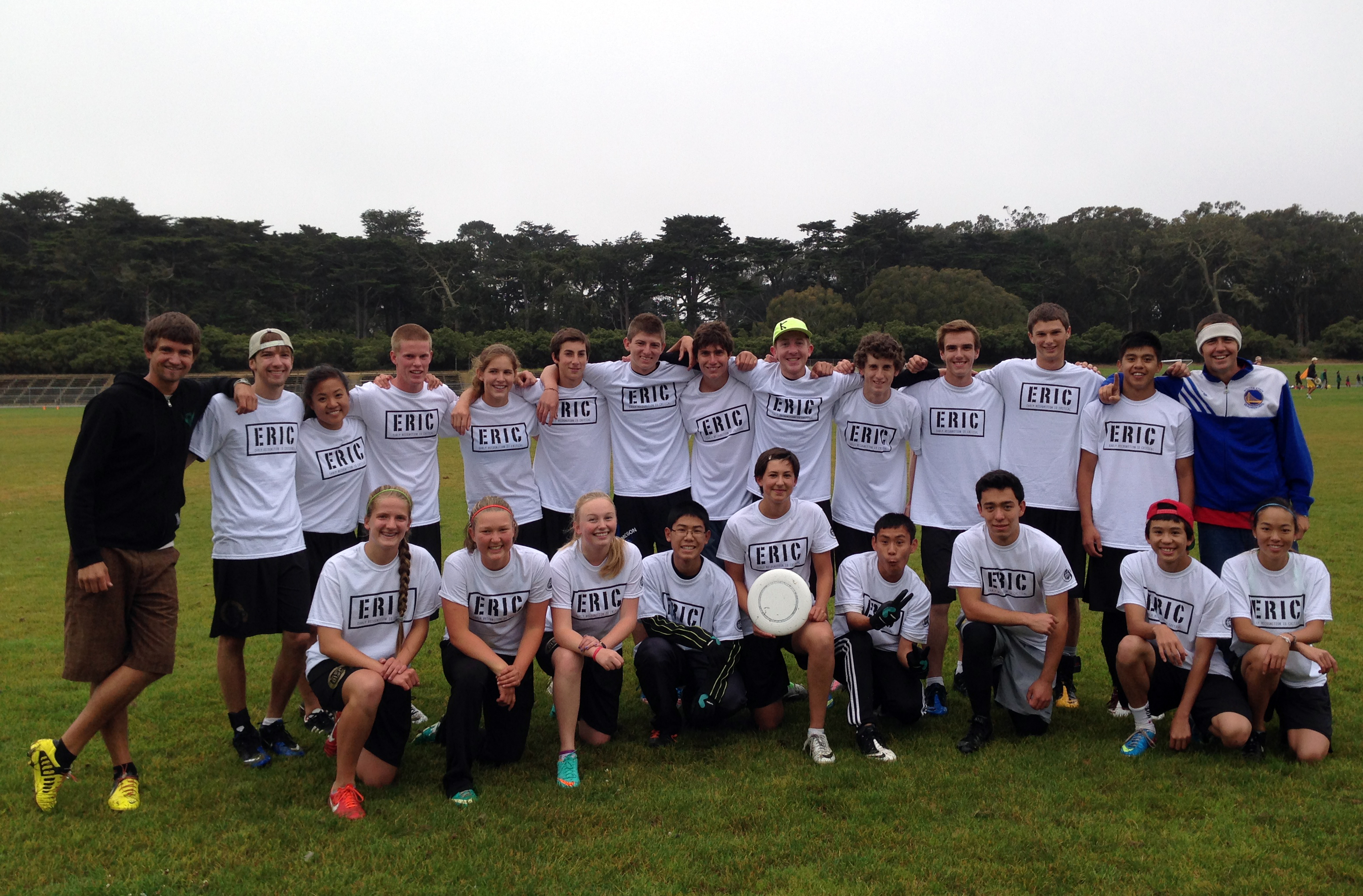 Happy Cows
The herd of Happy Cows return for the fourth year looking to build on last year’s semi final showing. The team represents multiple high schools and cities — from Berkeley to Atascadero — and few students from UC Davis. They look to graze with great spirit and furious leisure. Cows go moo!

YCC Organization and Fundraising
Bay Area Disc Association organizes and coordinates the teams’ travel to make sure the experience is safe, affordable and enjoyable for over 50 players and coaches. Big thanks to all of the dedicated parents, including Rene, Micah and Jennifer. All of the accommodation, transportation and food during the event is due to their support.

Also thanks to ERIC for sponsoring the teams’ alternate jerseys. Bay Area Disc Association is glad to help the cause!

Bay Area Disc Association gave financial aid to eight players, but we need your help to meet the teams’ fundraising goals. Visit our youth Ultimate page to make a donation. Thank you to everyone that has already made a donation to support the two teams!