The USA Ultimate club regular season concludes this weekend in the San Francisco Bay Area as the Pro Flight Finale takes center stage. Twenty-four teams — eight per division — will travel to the University of California-Davis to position themselves for a run at the USAU Championship Series. Co-organized by Bay Area Disc Association and USA Ultimate, the Pro Flight Finale will see six Bay Area teams toe the line in their own backyard against America’s best teams.

Check out the Pro Flight Finale score reporter for the Open Division, Women’s Division and Mixed Division or follow @BayAreaDisc on Twitter for the latest tournament updates!

Revolver is ranked #1 in the nation coming into the Pro Flight Finale. After winning the US Open in July, Revolver looks to continue to integrate exciting new players like Evan Boucher, Lukas Dallman, Andrew Hagen and Tim Gilligan into a strong returning core that includes captains Nick Schlag, Cassidy Rasmussen and Ryo Kawoaka. Revolver’s lineup also features star players Ashlin Joye, Russell Wynne, Beau Kittredge and Mac Taylor. This weekend Revolver hopes to maintain its solid momentum and hold onto its #1 ranking heading into the Championship Series. Revolver’s postseason plans include adding another National Championship to its collection. Few teams can rebuild like Revolver has after losing key contributors like Robbie Cahill, Bart Watson, Alan Sherwood and others, but the talent in the Bay Area combined with the team’s culture of hard work and sacrifice has allowed Revolver to reload to remain the favorite for the 2013 USAU National Championship.

Fury
Coming off its US Open victory in July, Fury enters the Pro Flight Finale ranked #1 in the nation. Seattle’s Riot handed the defending seven-time USAU National Champion its only loss this season at Solstice. Riot and DC Scandal pose the biggest challenges to Fury this weekend, which looks to close out the regular season strong before gearing up for the USAU Championship Series.

American BBQ
A dark horse among the Bay Area teams at the Pro Flight Finale, American BBQ has only played one tournament this season, finishing 1-6 at the Philly Invite in July. ABBQ earned its first bid to Nationals in 2012 and will look to return in 2013, facing tough Southwest Region competition that includes Blackbird, Mischief, Polar Bears, 7 Figures and Groove. ABBQ is known for its emphasis on a co-ed style of play, utilizing the women on the field to great affect and creating solid spacing in its offensive system. The team will enter the Pro Flight Finale as an unknown and with little pressure, making it a dangerous opponent in Davis.

Blackbird
Traditionally a slow-starting team, Blackbird played to a roughly .500 record at Cal States and US Open this season. Currently sitting at the #11 ranking in the nation, Blackbird returns its core from last year’s national championship team, with new additions to both the O and D lines bringing a new dynamic to the team’s play. Another team that hasn’t played since July’s US Open, Blackbird looks to set up its typical late-season charge with a solid performance at the Pro Flight Finale. 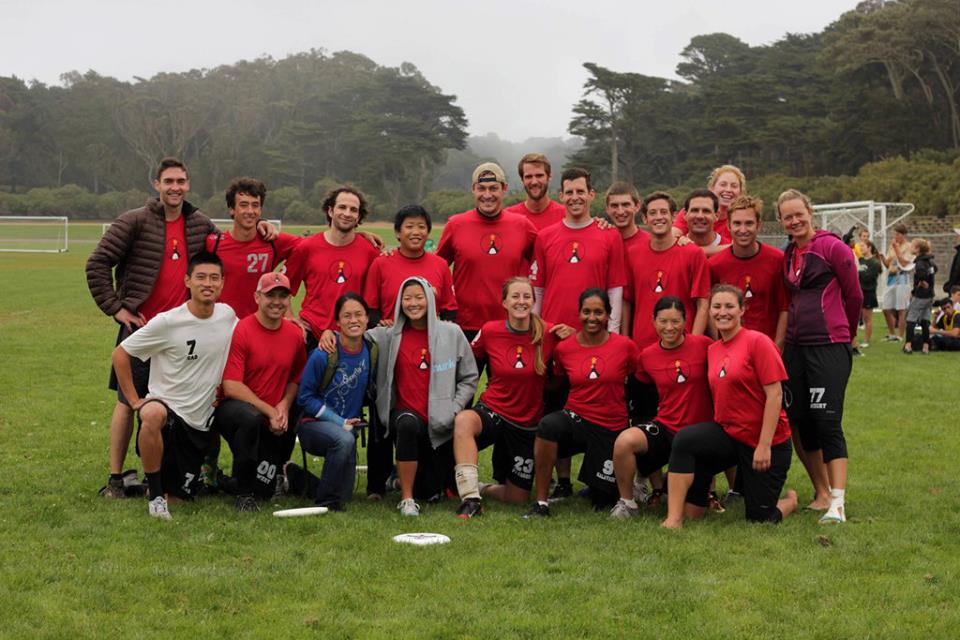 Mischief is rolling thus far in 2013, coming off wins at Revolution and ECC’s and reaching the 2013 US Open final. New contributors join a strong returning core to make the squad dangerous and experienced. Mischief relies heavily on a strong deep game and an uncanny ability to make big plays. The team looks to keep its momentum heading into Southwest Regionals and build upon success from the Pro Flight Finale.

Polar Bears
Polar Bears lost some major talent from last year in Lisa Pitcaithley, Lukas Dallman and Eli Kearns, but it retains many core leaders and contributors in captains Greg Marliave and An-Chi Tsou. Top players Adam Raty, Natasha Won and Kevin Cocks round out a very dangerous roster. The need to integrate new faces has led to up and down results in 2013 for Polar Bears. The team hasn’t played a tournament since the US Open, so this weekend will show how the team has gelled through its summer practices. Superior fitness and athleticism fuel Polar Bears success on the field. The team’s talent and skill level can compete with anyone but its attitude and work ethic give Polar Bears a consistent edge. Looking to use the Pro Flight Finale as a springboard to a late season peak, Polar Bears hope to return to the Club National finals for a fourth consecutive year.